In June 2020, KFC announced they would release a gaming console. This proposed device, called KFConsole, also had a chamber to keep your chicken warm. Everybody thought it was just a hoax until they officially revealed it in December. Many companies have applied these tactics, where they used promotional products for marketing campaigns. From small-scale companies to multinational corporations, we have multiple examples of businesses focusing on these promotions. These efforts attract new customers, increase awareness about your brand, and expand market penetration. You can also implement a promotional product campaign for your organization.

ELEMENTS OF A PROMOTIONAL PRODUCT CAMPAIGN

In 1979, Clairol released a new brand of shampoo. They named it the Touch of Yogurt shampoo. And it contained real yogurt. Some people tried eating it, and others found that the shampoo had begun to reek being a dairy product. Life Savers made fruit-flavored candies. So, it caught everyone by surprise when they launched a soda in the ’80s. Despite the hype, the idea failed eventually. Why though? Because consumers thought they’d be drinking a candy-flavored beverage. McDonald’s wasted $300 million on Arch Deluxe that was a massive failure. Why do promotional campaigns fail? What makes the company launch unsuccessful products? Because they don’t follow the below-mentioned points:

EXAMPLES OF PRODUCTS USED IN SUCH CAMPAIGNS

Companies have used ingenious ideas to promote their brand. How well do you think edible promotions had worked? In the 90s, the “Got Milk?” campaign contended with Coke and Pepsi’s dominant beverages. Californian milk processors initiated a promotional campaign that has become a cultural phenomenon in the western world. Multiple companies have stories where simple ideas garnered them a massive amount of profit. Let’s talk about 7 of such examples.

We’ve seen Colgate using candy to promote toothpaste in 2009. They launched the Don’t Forget lollipop. When a child had finished the sweet, a toothbrush-like stick emerged with Colgate‘s logo and a simple message: “Don’t Forget.” The idea was simple and executed beautifully. The company promoted its product and spread a message about hygiene at the same time. It is an example of positivity these promotional activities can bring by having a constructive business mind.

What happens when you know something free and unique is available for a limited amount of time? That’s right! Such a scenario will create a sense of urgency. And especially when children feel this urgency. Ford distributes its free toy cars annually in February at the Chicago Auto Show. The target audience here isn’t just the parents but the wishful children too. So, Ford is marketing to some potential customers who will connect with this brand by receiving giveaways.

A 2018 study shows that humans have an average attention span of just 8 seconds—no wonder 55% of internet users watch online videos every day. Spotify used the popularity of short video clips to advertise their brand. Their marketing campaign “Everywhere” got uploaded on the brand’s YouTube channel. These clips, such as Door, Couch, and Let the Song Play, have amassed thousands of views. It is a smart method to promote your product to people in this digital age.

In Australia, podcast listening reached 32% last year and nearly 27% in 2019. American comedian Dan Cummins found a way to use fans to promote his Timesuck, a true-crime podcast. He asked them to put his Timesuck stickers in random areas. Then fans would take a picture of their deed and post it online with #spreadthesuck. The person winning the contest would win $100 worth of host’s merch. It is an elegant idea to put the audience in action to promote your brand.

Google is a well-known company. But what if it starts selling doughnuts? In 2017, Google decided to launch its new speaker, Home Mini. They wanted to promote this item, so they focused on the shape. Then an innovative idea hit them. The speaker had a doughnut shape (Americans call it “donut”), so Google established pop-up shops. You could go to these shops to either buy a delicious sweet or the brand’s latest gadget. The campaign used a bakery item to sell a techy speaker.

In 2016, Netflix fans were anxiously waiting for the fourth season of House of Cards. A product promotional campaign targeted the audience with merch from Frank Underwood, the most corrupt president in American history. Viewers began tweeting photos of pins, cards, and stickers Netflix had sent to them. These cards bore a message from the fictional POTUS to the public. This strategy was remarkable for its timing and the nature of advertisement that imitated election campaigning.

In the end, let’s look at an example of failure. Residents of Cleveland, Ohio, can never forget the Balloonfest event of 1986. On September 27, United Way displayed a publicity stunt by releasing 1.5 million balloons in the air. The event began successfully, but problems arose when these balloons scattered. They interfered with traffic and caused two lawsuits filed against the company. But this scandal still brought fame to the company and helped make this event an iconic accident.

Customers love incentives, such as gifts, e-books, coupons, or discounts. But promotional campaigns focus on more diverse techniques than the distribution of free items. Companies launch promotional activities to bring attention to their services. They need to provide a message to their target audience and find effective means to engage/interact with them. You don’t need billions of dollars to spend on ads and gimmicks. The principles of successful promotional campaigns are honesty, classiness, meaningful communication, and a bit of humor. Using promotional products in never-imagined-before ways is the real marketing genius that generates more traffic for your company. 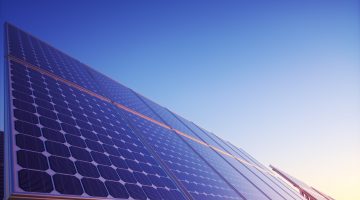 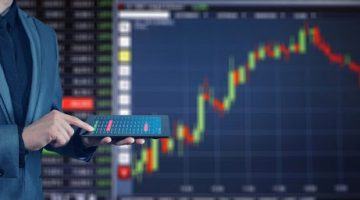