Night driving is something that even the most passionate drivers will try to avoid.It is so because not only it puts the driver into life risk and constant threat, but because it is equally dreadful for the ones who are on foot or even on other modes of transportation. It is not actually the darkness that kills people on road, but it is the dazzling headlights that blind the eyes of the drivers affecting the visibility almost completely. The result, we all know.

The automakers too realized the issue and are now trying their best to invent a way out that can make the night driving safer than ever. One of our acquaintances associated with the Tomball Mazda dealership informed us, that the technologists who are working on this have come up with an advanced technology for the headlights that will reduce the hazards of night driving in some automatic ways. That was an interesting piece of information that we felt like worth sharing.

This newly invented Adaptive Driving Beam (ADB) headlights are now being used in many of the recently released cars that promise to increase the roadway lighting by 86 percent in comparison to the low beam headlights. This technology, that is yet to be installed in more number of cars will be the first step towardsreducing night driving hazards, as these headlights will have greater coverage that will help increase the overall visibility while driving at night.

Switching Between Low and High Beams

Apart from making use of ADB headlights, the engineers are on their way to discover a technology that will automatically switch between low and high beams, depending upon the driving situation. According to this technology, whenever the system will be able to detect another vehicle approaching, it will automatically switch to low beam, and shade down the area to prevent excessive glare of the light that can interfere with the field of vision of the other driver.Once an approaching vehicle is detected, the system will switch from high to low beams, using the benefit of the additional light option. The test drivers of the Tomball Mazda dealer conclude, that no technology could ever replace the decisions ofmindful driving. Hence, the best way to ensure a safer night drive is strictly maintaining the following rules:

To sum up, to reduce the dangers and hazards of night driving, it is not only technology on which we should depend on but cooperate with each other to ensure no headlights blind the other driver coming up the opposite direction. 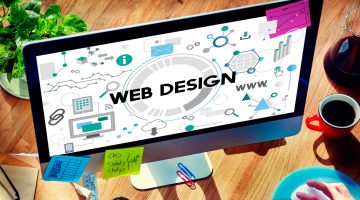 Top Features to be Integrated into a Fully Optimised Website Design