As part of its preamble, the Constitution of the United States contains the words “establish justice.” This places the highest importance on these words, for they are the foundation on which the citadel of democracy rests. The judges, invested with powers granted by the Constitution, oversee the fair and impartial administration of justice. That can happen only when the judges are impartial in handling a case.

However, in cases where a judge feels that their impartiality might be compromised, they often recuse themselves.

But How often do judges recuse themselves, and what are some detailed reasons behind it, besides the obvious one of compromise impartiality? Does it happen more often than you think, and what happens in such circumstances?

What is the process by which a judge might disqualify themselves from presiding over a case? And what happens if they preside over cases where they might be unbiased but decide against disqualifying themselves? Read on to find out.

What does the term recuse mean?

It refers to a process where a Supreme Court or District Court judge avoids handling cases involving a conflict of interest. They might do so because they have a direct, personal, substantial, or financial interest in a particular case.

When should the judges disqualify themselves?

A judge or magistrate should, or ought to, avoid presiding over a case in which somebody might question their unbiased decision-making. They might take this course of action at the slightest suspicion of being unable to handle a case impartially.

However, their recusal also comes into effect under the following circumstances.

If the judge is biased toward a party or their lawyer or is aware of specific facts that could influence the hearing, the judge should avoid taking up a particular case.

Involvement of a domestic partner

In some cases, the judge’s spouse (husband or wife), domestic partner, or someone close to them, might be one of the parties involved in the proceeding. For example, they might be a lawyer or a material witness. In such cases, the judge should step down.

Has a financial interest

Received contributions in the past

Disqualification also comes into effect if the judge received contributions from the party involved in the case, the party’s lawyer or their law firm, for their campaign. The specific amount for an individual or an entity varies depending on the particular state in the USA.

For example, the State of California disqualifies a judge who receives more than 1,500 USD from a party or lawyer involved in a proceeding.

What happens if judges don’t recuse themselves?

In some cases, the judges might not recuse themselves even when a conflict of interest is involved. If you are unsatisfied with the judge handling your case, it is better to contact a law firm immediately, as they will offer you legal advice and follow the process involved in such situations. After consultation, your lawyer will thoroughly study your case and provide relevant feedback.

If the attorney finds your concerns valid, they might file a motion for recusal by following the proper procedures. While filing, the document should state the reasons for the judge’s removal.

Some statistics related to the recusal of judges

According to a report, more than 130 Federal judges did not disqualify themselves from 685 court cases involving personal interest between 2010 to 2018. Moreover, two-thirds of federal district judges held individual stocks in matters over which they presided.

So, how often do judges recuse themselves depends on various factors, like the ones mentioned above. An impartial judge is indispensable for the effective administration of justice. However, if you have a case where the judge seems biased, it is better to contact a law firm immediately. 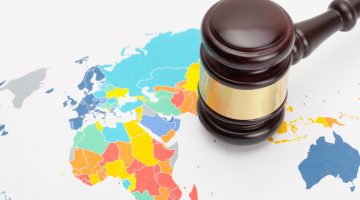 What Is An International Criminal Defense Lawyer? 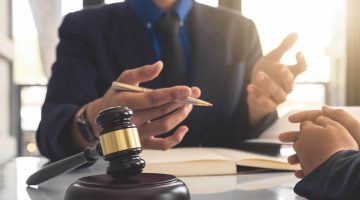 Adultery: How Can It Be A Ground For A Divorce?

To begin, let’s look at GYUTO and SANTOKU How to choose an authentic driving school