You are at Home What Cause Car Dents and How are They Repaired?

What Cause Car Dents and How are They Repaired?

Dents are the most common damages that can happen to any vehicle, out of the blue. These dents can be of several types, depending upon what caused them. But irrespective of the sizes, the dents look ugly and mind boggling until you straighten them and pull them out, making your car look the same, as it was earlier.

Many car owners tend to repair the dents themselves, while most of them prefer to outsource the work to the professionals who are trained in the same, and are associated with some or other auto body shops. There are also some auto body shops who specialize in dent repair, like the CDA dent repair center. It is from them that we got a clearer picture how at all the dents fell on the car surfaces, if there is any way out to avoid such incidents, and lastly what are procedures they follow to repair the dents. We got all the answers that are worthy enough to be shared with you in a nutshell.

The worst possible reason that make a car suffer not only from dents but also from more serious damages, is collision. Even if the collision is not a severe one, it can cause dents on the surface of the vehicle. Depending upon the size of the dents, the repair procedure will be determined.

Hailstorms are the other possible reasons that commonly affect the car surface through multiple dents. These dents can be deeper and can damage the car paint as well. The auto body shops that offer hail damage repair are specially trained to repair the dents on car surfaces caused by hail storms.

Many times cars suffer from dents that take place in a parking slot, where other cars can push your car and collide with it, causing not very serious but ugly dent. These dents might not damage the car paint, so, mostly, they are addressed with paintless dent repair methodology.

Sometimes fruits or branches can fall from a tree, and cause dents to your car surface if you park the car below it. Likewise, cricket balls or base balls can hit your car surface causing deep dents on it.

As mentioned before, depending upon the size and severity of the dent, the process of its repair is determined. Dents on a car surface can be repaired mainly in two ways. One will be the conventional dent repair and the other a paintless dent repair.

For obvious reasons, the first and the conventional dent repair procedure not only will take more time, and demand more service charge, the latter will be done in much less time, and place a very nominal charge for the service, revealed the mechanics of the CDA dent repair shop. 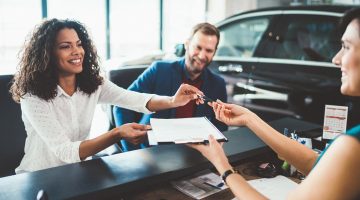 Should You Buy or Lease A Car? Leasing v/s Buying A Car In Singapore